Do you know about “Amabie”? 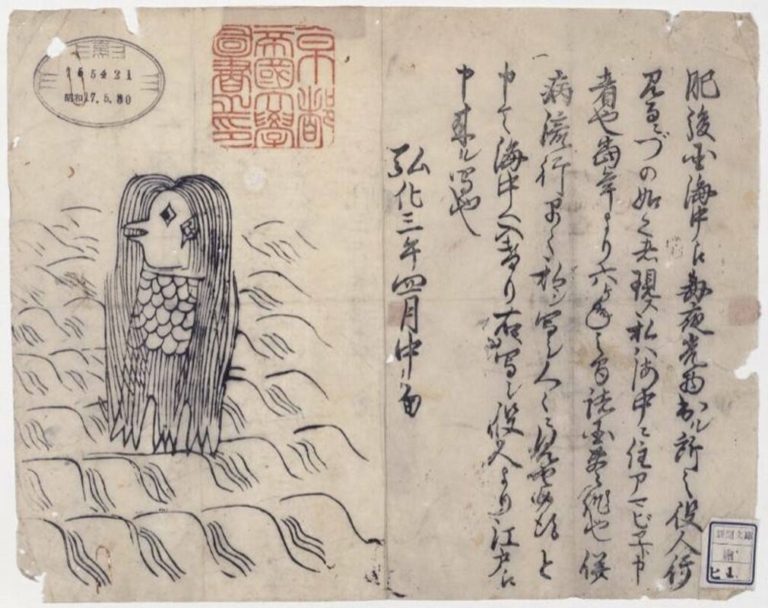 Amabie borne in 1846 (end of the edo period).
It appeared while shining from night Kumamoto’s ocean.
And Amabie said “I am Amabie. I would say for 6 years countries will be in good harvest. But disease will be prevalent. Immediately copy me and show it to people”
And backed to ocean.

The data left only one information which was for announce board in edo period. Kyoto University’s library has that data now.

The Corona turmoil has made this character extremely popular.
Japanese who love character have been expanded Amabie into goods, cookies, paintings and so on.

Humm
I guess this drawing is not Japanese that period’s style.
This is looks more contemporary illustration style.
And this artist couldn’t be a popular and he or she made this story and character when society was not stable.
Well this is joke but it might be made by unknown artist but now it makes good chance to make art for modern artists in the world.

※ I had been misreading Amabie as Amaebi (sweet shrimp). lol